Pennsylvania has no statewide regulations for the proper construction of geothermal heat pump system boreholes or residential water wells. The 120,000+ residents who live in the 175 square-mile Spring Creek Watershed in Centre County are 99.99% dependent on groundwater and use more than 16 million gallons per day. Geothermal boreholes were being filled with sand or pea gravel that would allow contaminants to enter the limestone aquifers. Most of the casings on the few new water-wells that were being drilled were not being grouted into the limestone bedrock. These improper construction methods for the many new geothermal boreholes and the few new water wells were threatening the quality of the groundwater in the Spring Creek Watershed. 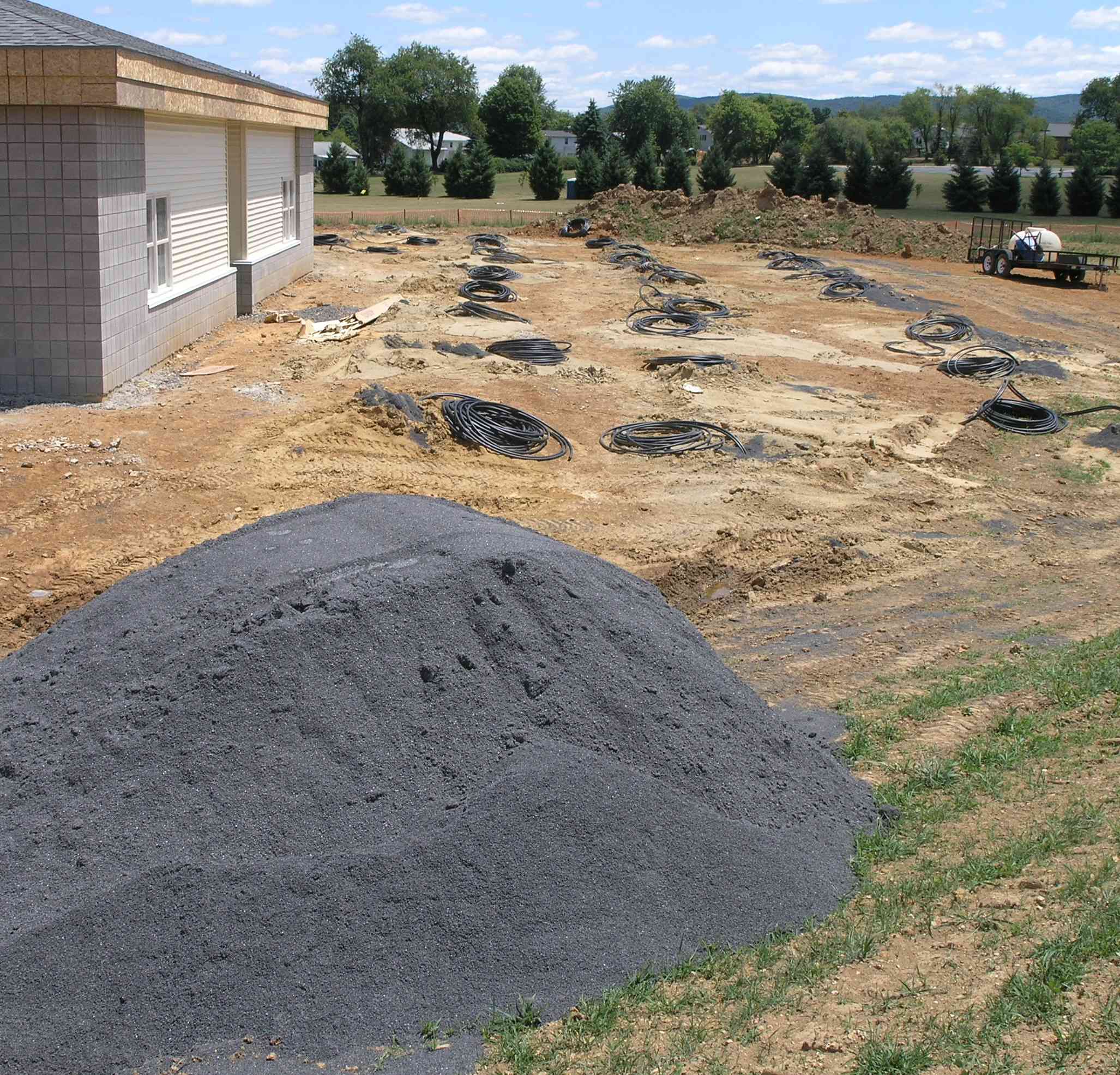 Before the construction standards ordinance was in place, sand from the pile was the only material used to backfill the 36 geothermal boreholes in this commercial building loop field. The coils of pipe are the ends of the loops in each borehole.  The sand provided a direct short-circuit flow pathway in each borehole for contaminats to reach the water table. 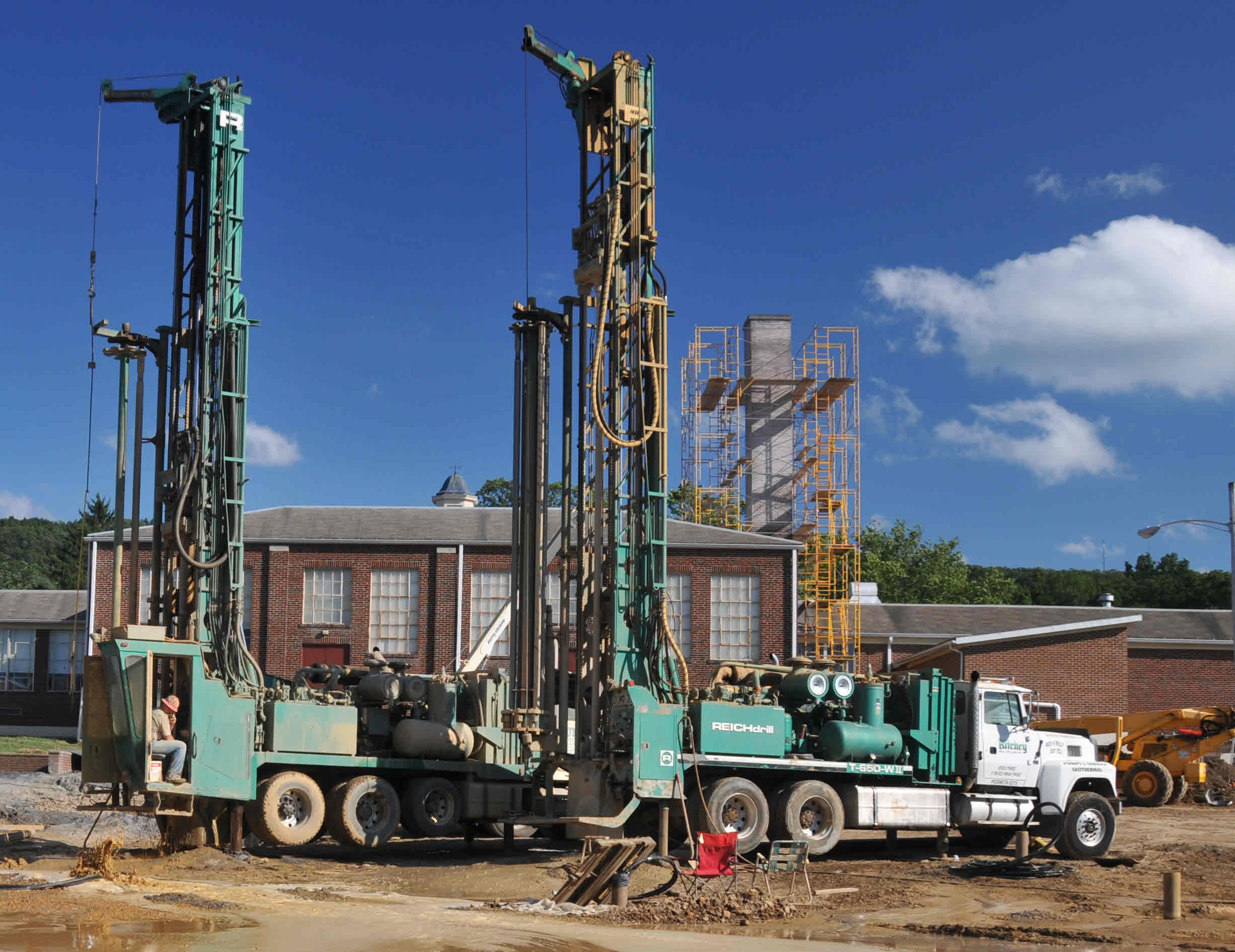 The grouting requirements for the geothermal boreholes in this commercial loop field project at an
elementary school were modified by a contract change order to bring them into compliance with the new construction standards that were implemented after this project was bid.

The new construction standards require that any borehole more than 20 feet deep be permitted. The PGWA 2013 Summer Field Conference demonstration borehole will be drilled to a depth of approximately 50 feet, and hence will require a permit. Borehole permits cost $150 for 1 to 5 boreholes, and additional boreholes have a $75 fee for groups of 5 boreholes.

At the end of the mud-rotary drilling demonstration, the PGWA 2013 Summer Field Conference demonstration borehole will be decommissioned with a bentonite grout emplaced by the pressure-tremie-pipe method to meets the construction standards. The 6-inch steel casing is going to be removed as the borehole is grouted up to the ground surface.

The implementation of the new water-well and geothermal borehole construction standards was accomplished in other municipalities outside the Council of Governments through individual municipal ordinances. The protection of the groundwater quality throughout the Spring Creek Watershed by implementing construction standards for both water-wells and for geothermal boreholes is a success story that can be repeated at a statewide level.